EXPLOSION, BURNING OR OTHER SPREAD OF FISSILE MATERIAL

A B-29 bomber carrying a nuclear weapon without its fissile core crashed and burned near a trailer park occupied by 200 families. The crew experienced difficulty with the aircraft's propellers and with retracting its landing gear immediately after takeoff from Fairfield-Suisun Air Force Base (now Travis Air Force Base), eventually crashing while attempting an emergency landing.


The bomber was carrying 10-12 500 lb. conventional explosive bombs, which detonated 15 minutes after the crash. The ensuing blast was felt as far as 30 miles away and created a crater 20 yards across and six feet deep. The crash and subsequent detonation killed eighteen personnel, including Air Force General Travis, and injured 60 others.

A nuclear weapon without its fissile core fell from the bomb bay of a B-36 at an altitude of 1,700 feet and exploded upon impact. The bomber was transporting both the weapon and its fissile core, which had been removed for safety, from Biggs Air Force Base in Texas to Kirtland Air Force Base in New Mexico. Although parachutes attached to the weapon were deployed during its descent, they did not function properly.


The nuclear weapon was completely destroyed in the detonation which occurred approximately 4.5 miles south of the Kirtland control tower and 0.3 miles west of the Sandia Base reservation, creating a blast crater approximately 25 feet in diameter and 12 feet deep. Fragments of the bomb and debris were scattered over a one mile area. A radiological survey of the area was conducted, but revealed no radioactive contamination beyond the lip of the crater.

A B-47 bomber with one nuclear weapon in strike configuration was making a simulated takeoff during an exercise when the left rear wheel casting failed, causing the tail to strike the runway and rupturing the fuel tank. The aircraft caught fire and burned for seven hours. Although the weapon's high explosives did not detonate, there was some contamination in the area immediately surrounding the crash. Following the accident, exercise alerts were temporarily suspended.


The crash may have taken place at a U.S. airbase in Sidi Slimane, French Morocco. An earlier Air Force document reported that "contamination of the wreckage was high, but that of the surrounding area was low." A June 8, 1960, New York Times report mentions a nuclear weapon accident having occurred "at a United States field near Tripoli, Libya," but provides no further details.

A B-47 bomber experiencing engine trouble during takeoff jettisoned two full 1,700 gallon fuel tanks from an altitude of 8,000 feet, which missed a designated safe impact area and exploded 65 feet behind a parked B-47 loaded with nuclear weapons. The resulting fire burned for 16 hours and caused the high explosives package of at least one weapon to explode. The explosion released radioactive material, including powdered uranium and plutonium oxides, at least 10 to 20 grams of which were found off base. An adjacent hangar was also severely damaged, and other planes nearby had to be hosed down to prevent their ignition by the intense heat fueled by the jet propellant and magnesium in the B-47. The fire killed two people, injured eight others, and destroyed the bomber.

A B-47 bomber caught fire on the ground, destroying the single nuclear weapon onboard. Contamination was limited to the immediate vicinity of the aircraft wreckage.

A C-124 aircraft transporting a nuclear weapon without its fissile core crashed during takeoff, completely destroying the aircraft and nuclear weapon. There was a limited amount of contamination immediately below the destroyed weapon, but not enough to hamper rescue or firefighting operations.

A BOMARC* air defense missile being stored in a ready state that permitted its launch in two minutes was destroyed after a high pressure helium tank exploded and ruptured the missile's fuel tanks. Although the warhead was also destroyed by the fire, the safety devices acted properly and prevented the weapon's high explosives from detonating. A New York Times article described a near nuclear disaster, noting that the missile "melted under an intense blaze fed by its 100-pound detonator TNT...The atomic warhead apparently dropped into the molten mass that was left of the missile, which burned for forty-five minutes." The ensuing radiation "had been caused when thoriated magnesium metal which forms part of the weapon, caught fire." The Pentagon report said that only the area immediately beneath the weapon and an adjacent elongated area approximately 100 feet long were contaminated by water runoff from fighting the fire.


* "BO" for Boeing and "MARC" for Michigan Aeronautical Research Center.

While three employees were dismantling the high explosive (HE) components of a nuclear bomb, they began burning spontaneously, triggering a large blast involving 120 pounds of HE. The explosion caused little contamination.


New York University's Dr. Joel Larus, who investigated the incident, was provided details of three similar incidents by the Atomic Energy Commission (AEC) on January 13, 1966. They are as follows:


Hamburg, New York (January 4, 1958)...An eastbound Nickel Plate railroad freight train derailed. Five cars carrying "AEC classified material" were involved in the accident. According to the report there was no damage to the material and no injury to AEC personnel escorting the shipment.


Winslow, Arizona (November 4, 1961)...A trailer truck caught fire while carrying a small amount of radioactive material. There was no contamination resulting from the fire.


Marietta, Georgia (December 2, 1962)...A Louisville and Nashville train derailed while carrying nuclear weapons components. The material was not damaged, but three couriers were injured.


As these accounts demonstrate, accidents of this nature probably happen more frequently than reported. For instance, a Department of Energy trailer carrying plutonium from Richland, Washington, to New Mexico overturned on icy roads on Interstate 25 near Fort Collins, Colorado, in December 1980.

A B-58 bomber lost control and slid off a runway during taxi, causing portions of the five nuclear weapons onboard to burn in an ensuing fire. There were no detonations and contamination was limited to the immediate area of the crash.

A C-124 transport aircraft containing nuclear weapons components and a dummy training unit caught fire while being refueled. The fire started at the aft end of the refueling trailer and destroyed the aircraft's fuselage. There were no casualties and the resultant radiation hazard was minimal.

A B-52 bomber carrying four hydrogen bombs collided in midair with a KC-135 tanker near Palomares, Spain. Of the four H-bombs aboard, two weapons' high explosive material exploded on ground impact, releasing radioactive materials, including plutonium, over the fields of Palomares. Approximately 1,400 tons of slightly contaminated soil and vegetation were later taken to the United States for storage at an approved site. A third nuclear weapon fell to earth but remained relatively intact; the last one fell into the ocean.


The weapon that sank in the Mediterranean set off one of the largest search and recovery operations in history. The search took about eighty days and employed 3,000 Navy personnel and 33 Navy vessels, not including ships, planes, and people used to move equipment to the site. Although the midget sub "Alvin" located the bomb after two weeks, it was not recovered until April 7. Wreckage from the accident fell across approximately 100 square miles of land and water.


The accident occurred during a routine high altitude air refueling operation as the B-52 was returning to Seymour Johnson Air Force Base in Goldsboro, North Carolina, after flying the southern route of the Strategic Air Command air alert mission code named "Chrome Dome." The bomber was attempting its third refueling with a KC-135 tanker from the American base at Moron, when the nozzle of the tanker's boom struck the bomber. The boom ripped open the B-52 along its spine, snapping the bomber into pieces. The KC-135's 40,000 gallons of jet fuel ignited, killing seven crewmen.

Four nuclear bombs were destroyed in a fire after the B-52 bomber carrying them crashed approximately seven miles southwest of the runway at Thule Air Force Base in Greenland. The B-52, from Plattsburgh Air Force Base in New York, crashed after a fire broke out in the navigator's compartment. The pilot was en route to Thule AFB to attempt an emergency landing. Upon impact with the ground, the plane burst into flames, igniting the high explosive outer coverings of at least one of the bombs. The explosive then detonated, scattering plutonium and other radioactive materials over an area about 300 yards on either side of the plane's path, much of it in "cigarette box-sized" pieces.


The bomber had been flying the Arctic Circle route as part of the Strategic Air Command's continuous airborne alert operation, code-name "Chrome Dome." One crew member was killed in the crash.


The government of Denmark, which owns Greenland and prohibits nuclear weapons on or over its territory, issued a strong protest following large demonstrations in that country. A few days after the crash, U.S. Secretary of Defense Robert McNamara ordered the removal of nuclear weapons from airborne alert. The alerts themselves were later curtailed and then suspended altogether.

Fuel vapors from a Titan II intercontinental ballistic missile (ICBM) exploded in the missile's silo, blowing off the 740-ton silo door of reinforced concrete and steel and catapulting the missile's nuclear warhead 600 feet. The accident occurred when an Air Force repairman dropped a heavy wrench socket that struck the missile, causing a leak in the missile's pressurized fuel tank. The fuel caught fire and exploded approximately 8 ½ hours later, killing one person and injuring twenty-one others. The missile's reentry vehicle, which contained a nuclear warhead, was recovered intact.
Publicado por Fabricio Estrada en 10:27 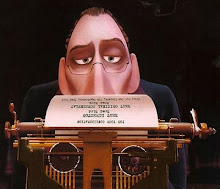 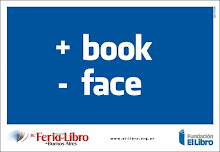 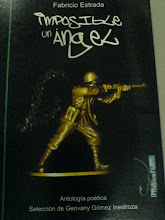 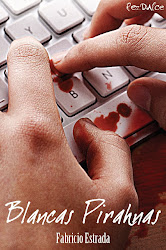 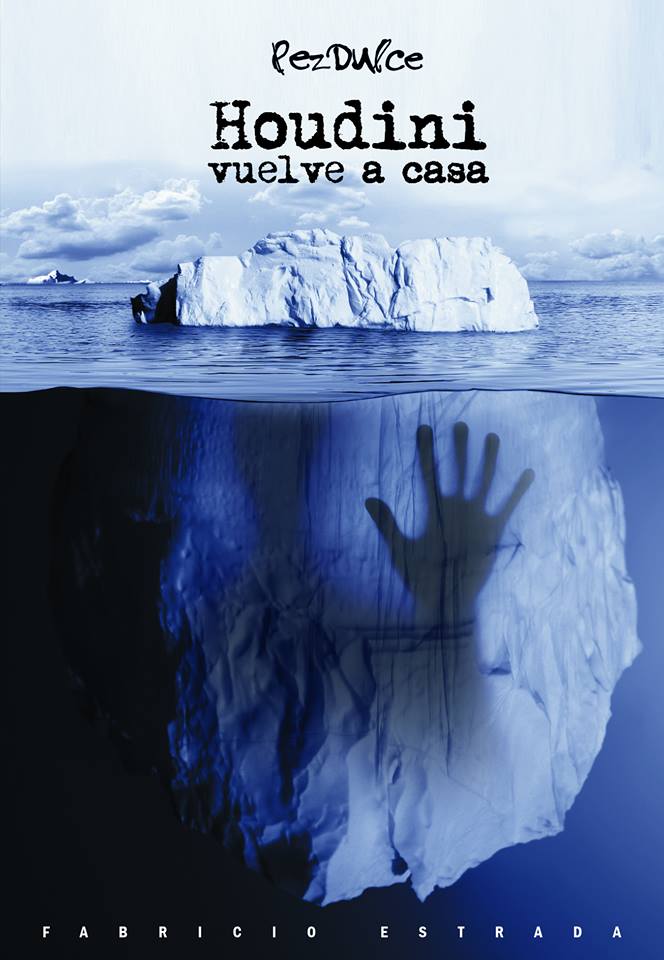 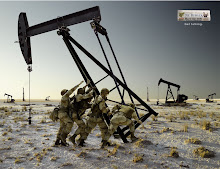